The Illinois Republican has come under federal investigation for allegedly misappropriating government and campaign funds. Schock, 34, resigned from Congress in 2015.

Schock has been criticized by gay groups for his positions on gay issues. Schock opposed same-sex marriage and the repeal of “don’t ask, don’t tell” legislation, which prohibited opeExclusivenly gay men and lesbians from serving in the United States military. 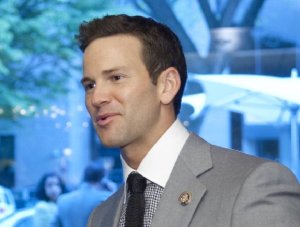 Schock was elected to Congress in 2008.

Keith Webb, vice president and managing partner for TitanMen, said, “TitanMen has a history of signing iconically handsome men with both brains and brawn, and Aaron Schock fits that profile to a T. Despite Schock’s scandal over allegedly misappropriating campaign funds, he has so much more to offer our fans. What we’re offering is a win-win situation, giving him the opportunity to break free and come out in a whole new world.”