“No openly gay man has ever won the Oscar. I wonder if that is prejudice or chance,” the British thespian told ‘The Guardian.’

British screen and stage icon Ian McKellen has voiced his support for the current debate raging about diversity in Hollywood and among this year’s Oscar nominations.

“As a representative of the industry they’re in, it’s receiving complaints which I fully sympathize with,” McKellen told the U.K.’s Sky News, but he said that the diversity argument wasn’t solely an issue of race. 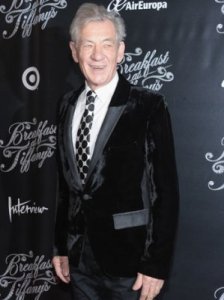 “It’s not only black people who’ve been disregarded by the film industry. It used to be women. It’s certainly gay people to this day.”

Speaking to The Guardian, McKellen added: “No openly gay man has ever won the Oscar. I wonder if that is prejudice or chance.”

Both Tom Hanks and Philip Seymour Hoffman have, however, picked up Academy awards for playing gay characters.

“What about giving me one for playing a straight man?” asked McKellen, who has received two Oscar nominations across a career spanning six decades.

For each of his nominations (God and Monsters in 1998 and Lord of the Rings in 2001), the star said he had speeches prepared beginning with the line: “I’m proud to be the first openly gay man to win the Oscar.”

“I’ve had to put it back in my pocket twice.”