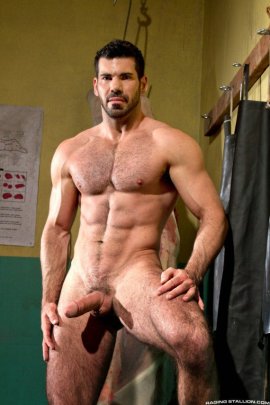 PTT: Tell us about LeakedandLoaded and what made you come up with the concept.

BS: Leaked and Loaded was a few years in the making. First of all, my goal as a performer has always been to be an open book and to make myself accessible to fans, and that approach resulted in a huge and very loyal fan base. There’s a reason reality TV dominates the entertainment market: people what to know what’s going on beyond that fourth wall.

Basically, the deal is you hook up with whoever you want, send me as many clips as you want, and you get paid. I’ve issued models checks for as much as $2000 at a time. It’s a great way for models to make money between shoots — and to get that extra marketing push. PTT: Newcomer Asher Devin has spoken of his involvement on the business side of LeakedAndLoaded – what does he bring to the table and how did your association with him come about?

BS: Asher reached out to me because he heard that I had a degree in Business at the University of Pittsburgh, which is the where he was about to graduate. He wanted some advice about using his degree in the adult industry, where he was hoping to have a career. I loved his energy and his eagerness, so I brought him on board. I partnered with OLB Media for the site’s creation, affiliate marketing, design and layout, but Asher is assisting me with content management and administrative tasks.

PTT: Tell us about this “Leaked and Loaded tour” that we keep hearing about.

PTT: A small handful of performers have criticized both you and the site, claiming it’s an insult to ask them to sell their sex clips for a lousy $50. Have they misunderstood the concept?

BS: Most of the people who have criticized the site just don’t like me, which is fine.  But I’m happy to spell it out for those who lack basic math skills.  You get paid $50 for 2 minutes of sex in the privacy of your own home with whomever you choose; that’s $1500 for 1 hour of sex.  Now, how long does the average porn scene take to shoot?  At least 3 hours, and the model is generally paid between $500 and $1500 for the scene. I realize I have an MBA, but this is math we learn in grade school. That said, the site isn’t for everybody. If your reality sex is boring, I won’t buy it. I also know there are hesitant types who want to see the site in action before they submit, and I get that.

PTT: If the site does well do you have any plans to expand? What is your ultimate goal?

PTT: If couples want to submit to L&L, how should they get in touch with you?

BS: The easiest is to email me directly at BillySantoroxxx@gmail.com or used the link : http://leakedandloaded.com/landl/index.html