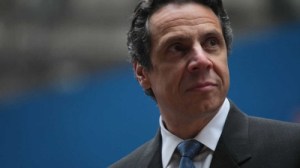 Conversion therapy aims to transform gays and lesbians into heterosexuals. It has been denounced by several leading medical groups, including the American Psychological Association, which says efforts to change sexual orientation through therapy have “serious potential to harm young people because they present the view that the sexual orientation of lesbian, gay and bisexual youth is a mental illness or disorder.”

“Conversion therapy is a hateful and fundamentally flawed practice that is counter to everything this state stands for,” Cuomo said in a statement. “New York has been at the forefront of acceptance and equality for the LGBT community for decades — and today we are continuing that legacy and leading by example.”

“We will not allow the misguided and the intolerant to punish LGBT young people for simply being who they are,” he added.

The Human Rights Campaign, the nation’s LGBT civil rights organization, praised the decision by Cuomo, calling him the first governor to use his executive authority to block conversion therapy.