Over the last few days PassTheTea ran a series of posts regarding Pierre Fitch and his issues with Cockyboys.

After agreeing to, and giving an interview to PTT, he back out last second.  Fine, we killed that story, however, Fitch left all his tweets up and so I created a post ala Zach Sire from Social Media. When I ran the post, I left out a shit ton of screens, like the one below:

So imagine my surprise when he dissed Icon Male as well as Nica: 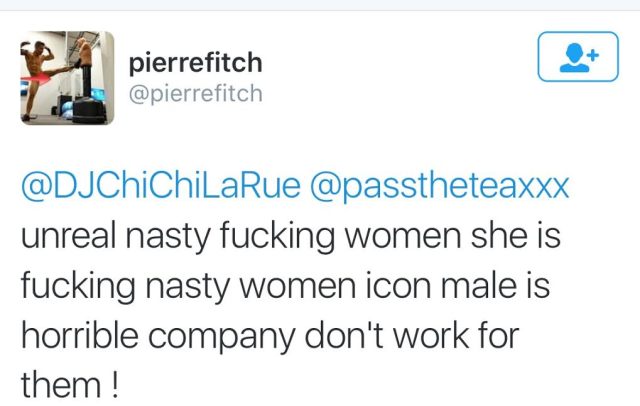 Gee Pierre, why the change of heart?  LOL

You didn’t have to say shit, I fixed it so you could of played both sides. I waited for Zach to re-tweet you, be your BFF publicly, then ran the story. Had he spoken one negative word about you after my post he would of just confirmed everything I wrote. But you fucked that up.

One thought on “Pierre Fitch Shoots The Messenger”