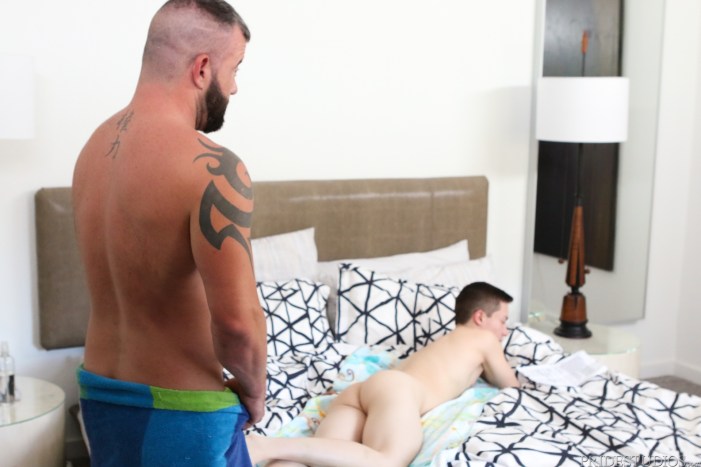 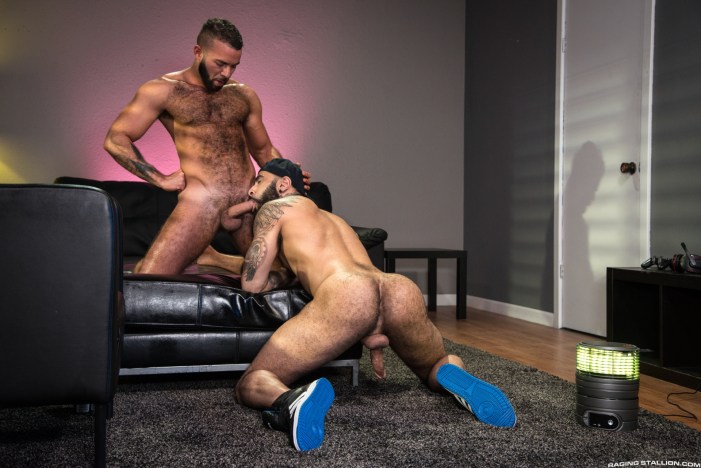 Rikk York has just beat his sexy online gayming opponent, Spencer Whitman, when Fernando Del Rio comes in the room. Fernando is a bit jealous of Rikk’s online counterpart and Rikk does everything he can to appease Fernando. To help the situation, Rikk starts with a long, passionate session of making out with lots of […] 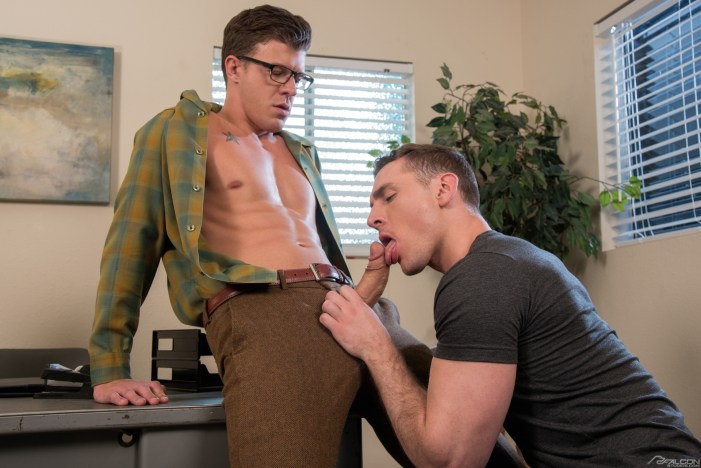 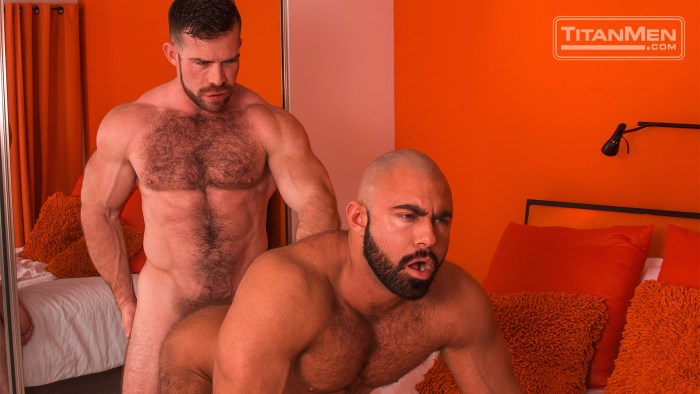 Steve Roman hops in the shower—water cascading down every inch of his furry muscles. Beefy Liam Knox joins him for a kiss as their groins grind. He buries his face in Steve’s massive pecs, bicep and pit as the two grunt. Steve pins Liam against the wall and licks down to his jock ass, spreading […] 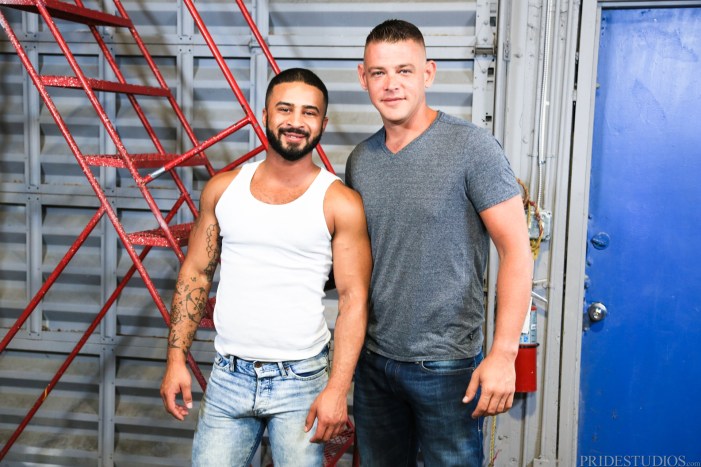 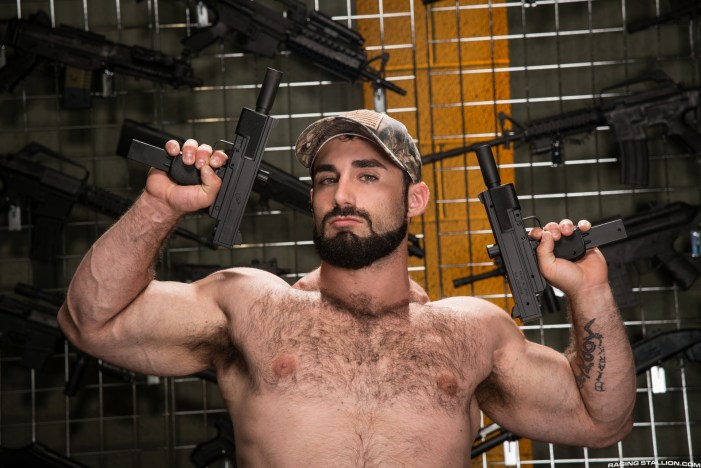 As their partners head off to work out, host Matthew Bosch shows visiting friend Adam Ramzi to his room. But the distracted Adam has his eyes fixated on Matthew’s groin: “Can I see it?” Matthew’s massive uncut meat is quickly in Adam’s eager hand. The bearded visitor wraps his lips around it, playing with the […] 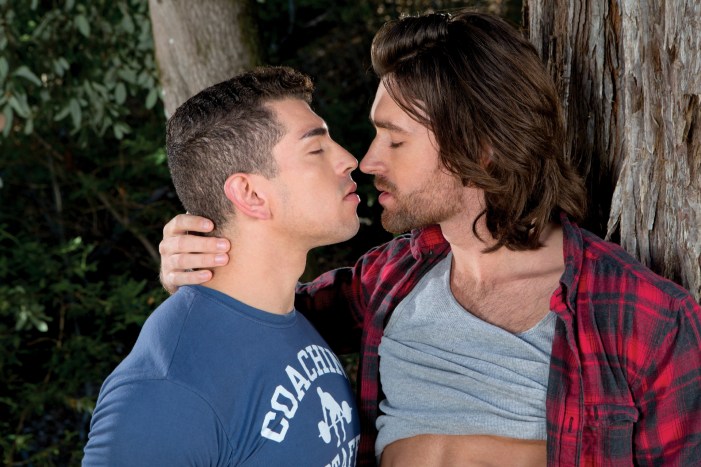 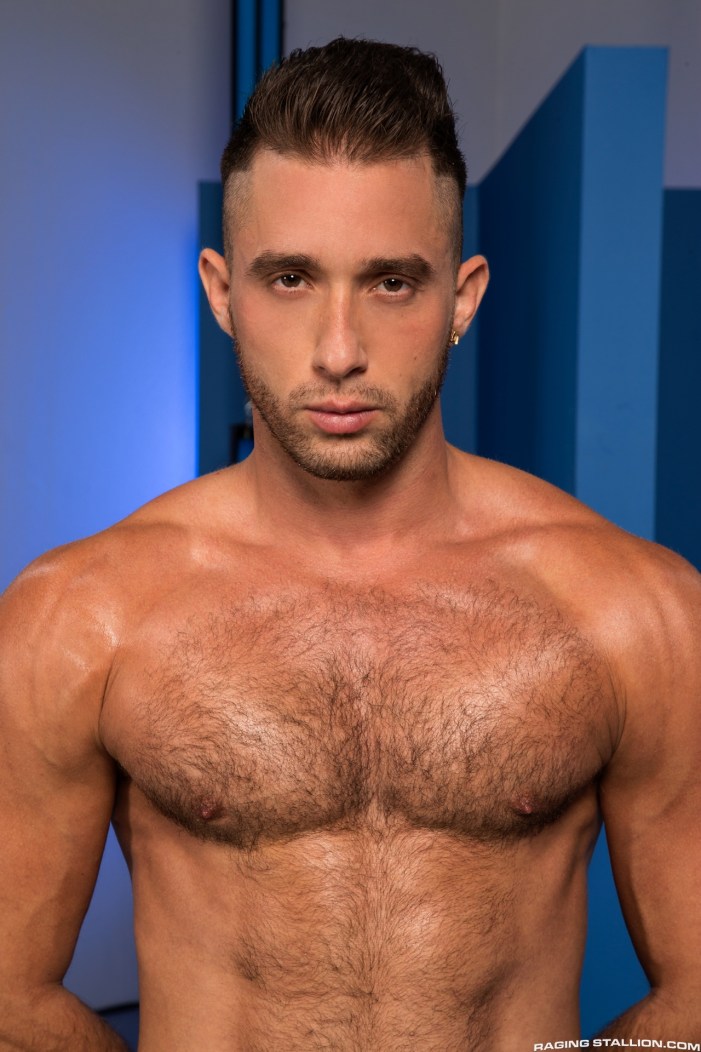