Nintendo is under fire after announcing that they will be changing the storyline of the Western version of Fire Emblem.

Though Nintendo initially released the game with options for the gamers to choose their own sexual orientation, the gamers were reportedly disappointed when they found out the game also offers them an option to drug the game’s lesbian character and make her straight, according to Takepart. 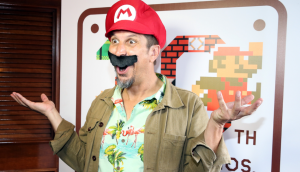 “In the version of the game that ships in the U.S. and Europe, there is no expression which might be considered as gay conversion or drugging that occurs between characters,” Nintendo spokesperson e-mailed Nintendo World Report.

The lesbian character in question is Soleil. Soleil is attracted to women and blushes whenever she is surrounded by them. Soleil has an insecurity that she might not look “strong and cool” because of her impulse around women.

The game will then give the gamers an option to partner her with a male protagonist, who will then drug her drink with a “magic powder” and make her replace her feelings about women and direct them towards men.

Soleil has become attracted to the female illusion of this male protagonist and has ended up proposing to him. When the drug wore off, she admitted she fell in love with the female version of the protagonist but still loves him even though he is male.