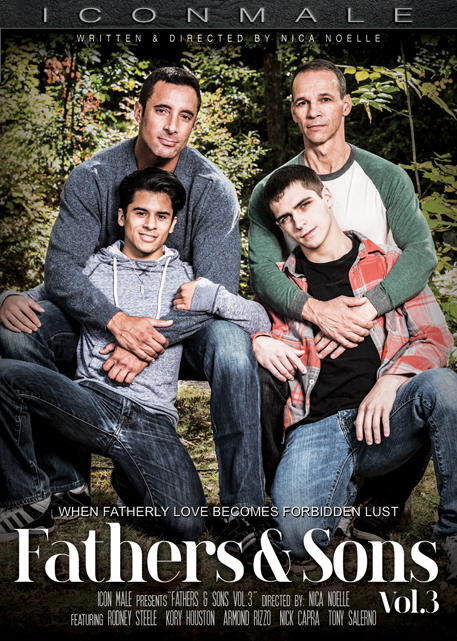 To view the box art and for more information on “Fathers & Sons Vol. 3” visit: http://www.milehighonline.com/product/movie/3337

“I love the chemistry between the guys in Fathers & Sons 3 and the great variety of older/younger scenes,” says Nica Noelle. “Having Armond Rizzo on board was definitely a huge coup, as he’s one of the best young performers out there, and he brought so much to the table. Besides having one of the most beautiful bodies in the industry, Armond really puts everything into his sex scenes and acting performances. He would actually ask for additional takes if he wasn’t happy with how he delivered a line.”

“Fans have really responded to this series because of its overtones of forbidden sex contrasted with fatherly nurturing. We’re lucky to work with the kind of performers who can bring that theme to life in way that feels touching and real, rather than sleazy and campy.”

The latest Icon Male trailers can be seen on www.Iconmale.com.