Most travelers pack an extra pair of socks, a rainy day itinerary, and some spare cash, planning for the worst when on vacation.

Few have to worry about preparing a contingency plan for their accommodations if an Airbnb host decides they don’t approve of their lifestyle. 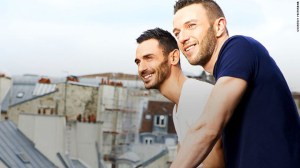 But when Frenchman Matthieu Jost and his partner rented a room in Barcelona through the popular rental site Airbnb, they didn’t expect the uncomfortable welcome they received.

Jost explained that the host was not aware he and his partner were a gay couple, and the situation prompted them to return home to Paris the next day.

The events led Jost to launch Misterbnb in 2013, a website providing short-term rentals for gay travelers.

A similar story in Galveston, Texas, earlier this year, led to the removal of an Airbnb host who kicked out a gay couple.

And despite a video campaign in June to promote LGBT travel by Airbnb, the fact is that discrimination still exists even in places that have achieved marriage equality, like France and the United States.

One thought on “Gay travel revolution takes on homestays”