When tornadoes swept through Tennessee in 2011, Ryan James Yezak’s co-workers at an office in Nashville rushed to help the injured by donating blood. Yezak wanted to join them but could not: he is gay.

At the end of a year of remarkable progress for gay rights in the US, in which the supreme court made same-sex marriage legal throughout the land, a glaring nationwide inequality remains. Sexually active gay men are banned from giving blood. 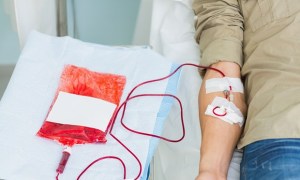 The Food and Drug Administration (FDA) has proposed policy changes that are likely to be implemented soon, but some activists say they do not go far enough.

Among them is Yezak, who founded the National Gay Blood Drive campaign after his experience in 2011. When his colleagues went to donate and, after checking the rules, he did not, “it created a very uncomfortable situation in the office,” he said.

“It was the first time I wanted to do something [like this] and I couldn’t because of my sexual orientation.”

In 2013 and 2014 the National Gay Blood Drive mobilized hundreds of gay men to be turned away from donation centers. It was a symbolic gesture, and the men were accompanied by “allies” who gave blood in their place.

The issue, Yezak said, has “not gotten as much attention as marriage or employment discrimination. This has been one more under the radar that people have been working on.”

Since the mid-1980s, when the nation was gripped by the Aids crisis, the FDA has banned men from giving blood if they have had sex with another man even once since 1977. It reasoned that men who have had sex with other men (MSM) are “as a group, at increased risk for HIV, hepatitis B and certain other infections that can be transmitted by transfusion”, and said its stance was based on scientific risk analysis, not discrimination.